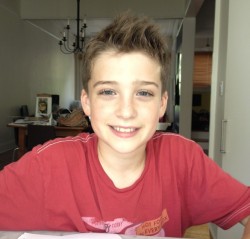 Alec Mansky is completing sixth grade at MS 51 in Brooklyn, New York, and is a student in the school’s drama program under the direction of John P. McEneny. He has performed in children’s productions of Hamlet (Ghost and Player) and A Midsummer Night’s Dream (Bottom) as well as in MS 51’s production of Hansel & Gretel: The Candy Haus. He appeared as Joe in a staged reading of Yosemite, an NYU Graduate Film School Thesis film. When he’s not acting, he enjoys playing guitar and soccer. He is looking forward to 7th grade.